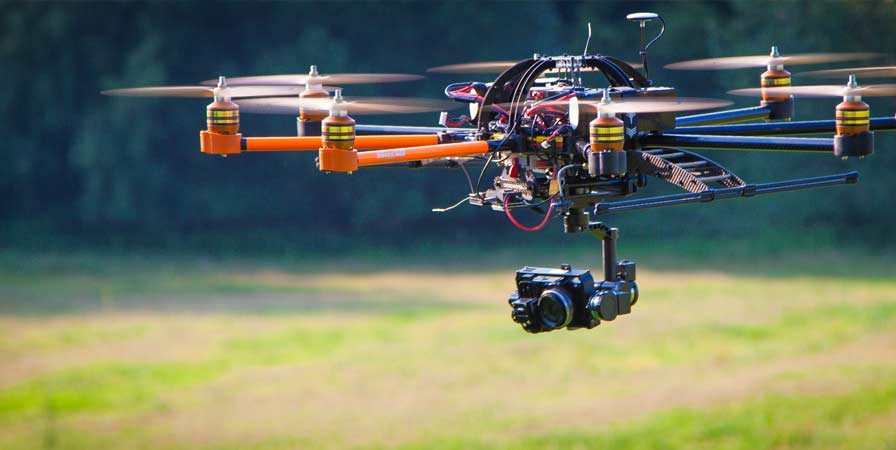 We review the best photogrammetry software for creating 3D maps and models on the market below, complete with videos.

If you do not feel the need to own a drone, you can rent professional 3D mapping services.

Building 3D maps from images take a lot of computer processing power and can take a long time on a standard computer. Many of the photogrammetry software companies listed below have backup systems in place for your 3D maps and models.

Let’s take a look at some of the best 3D mapping drone service solutions on the market.

Photogrammetry Software at its Finest

Before we get into the best 3D photogrammetry software and solution providers on the market, let’s define the 3D mapping.

What Exactly Is 3D Mapping?

The science of making measurements from photographs is known as 3D mapping, also known as photogrammetry mapping. Photogrammetry software typically produces a 3D map, a 3D drawing, or a 3D model of a real-world object or land mass.

How to Make 3D Models drone service and Maps

A camera mounted on a drone or aircraft and pointed vertically towards the ground is used to create a 3D map of a land mass from aerial photos. The camera is mounted horizontally to create a 3D model of a monument, statue, or even a face.

The drone camera will take hundreds, if not thousands, of photos of the ground, structure, or model. The photos will overlap with an overlap of 80 to 90%. Aerial image stitching photogrammetry software is then used to create the 3D map or 3D model.

The drone will fly using waypoints, which are autonomously programmed flight paths. Using pilot navigation, it would be impossible to overlap photos of an object or land mass by 80 to 90%. It is critical to have a drone equipped with waypoint navigation technology.

The SenseFly eBee is a fully autonomous, user-friendly mapping drone. It is used to take high-resolution aerial photos, which are then converted into accurate orthomosaics and 3D models.

The WingtraOne is a vertical take-off and landing drone designed specifically for surveying and creating 3D maps.

The WingtraOne’s vertical take-off and landing capability allow it to ascend and move like a helicopter. It enters forward cruise flight for the mapping mission, matching the endurance and speed of fixed-wing airplanes. To land, the WingtraOne returns to hover flight and descends vertically.

DJI recently introduced the Mavic 2 Pro and Mavic 2 Zoom. Both of these new Mavic 2 editions outperform the Mavic Pro in every way. They fly longer, and have better stabilization, and cameras, making them ideal for 3D mapping.

The DJI Phantom 4 Pro is currently one of the 3D mapping drone service providers. It has an excellent camera, flies extremely well, and has a plethora of intelligent flight modes. It is compatible with all of the above-mentioned photogrammetry software, including DroneDeploy Mobile App, Pix4DMapper, Maps Made Easy, and Open Drone Map.

Hi, I am James Aaron, a professional Data recovery Engineer, working with Quickbooks Data Services as a consultant from the past five years in the USA. I am a specialized and trained Cloud consultant who helps a small and medium-sized entrepreneur to track & manage their company file and a database online at any time from anywhere. reset QuickBooks password | QuickBooks Error 3371 | QuickBooks Error H202 | QuickBooks outlook is not responding | QuickBooks unrecoverable error QuickBooks Tool Hub | QuickBooks 2022 keeps crashing
Website https://qbdataservice.com/quickbooks-data-recovery-services/
Back To Top