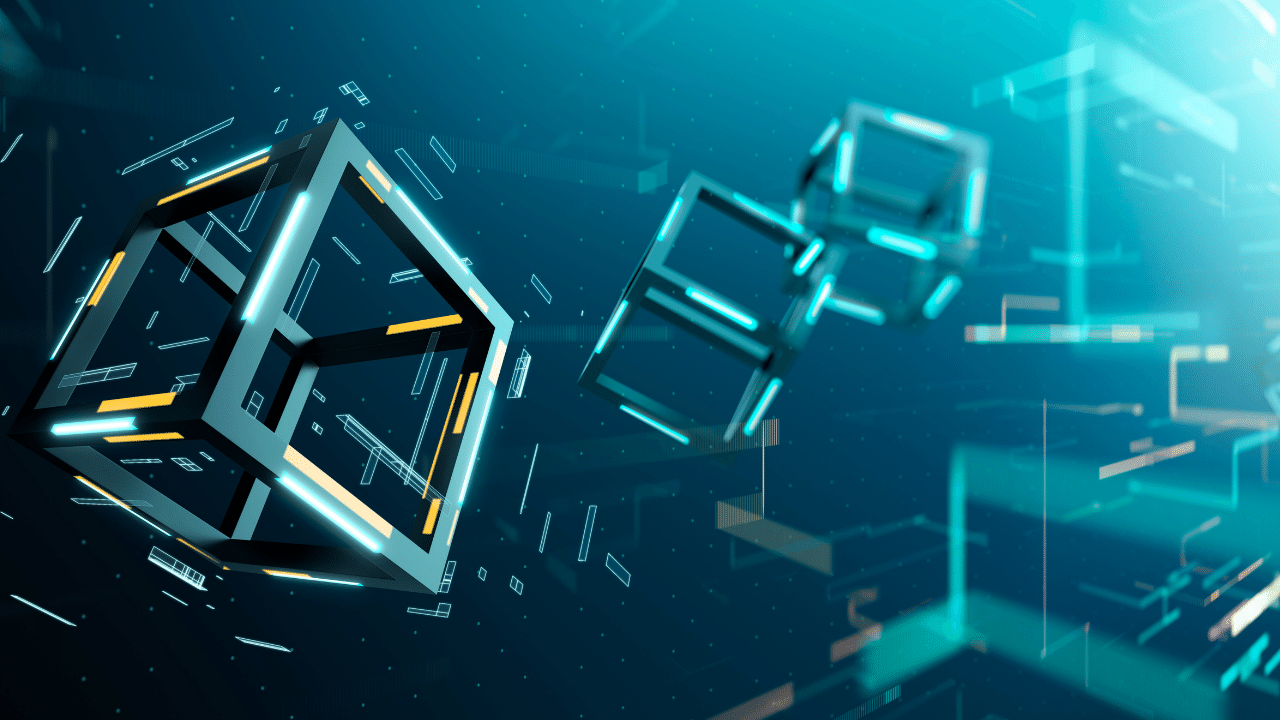 Top 10 business advantages of blockchain technology – When Bitcoin came out in 2009, it was the first time that used Blockchain in the real world, showing that this digital distributed ledger technology does work. Since then, businesses have been trying to figure out how they can use Blockchain.

The value of Blockchain comes from the fact that it lets entities share data quickly and securely, without anyone entity having to be in charge of keeping the data safe or making the transactions happen.

Ayman Omar, an associate professor at American University’s Department of Information Technology & Analytics and a research fellow at the Kogod Cybersecurity Governance Center, said, “It’s a list of transactions that each have their unique characteristics. These characteristics help us fix problems in our systems and processes.”

Businesses can benefit from Blockchain and its features in many ways, whether they use a public blockchain network or choose private or permissioned blockchain-based applications.

The following are what experts say are the top benefits of Blockchain:

Blockchain makes trust between entities where it either doesn’t exist or hasn’t been proven. Because of this, these organizations are willing to do business transactions or share data that they might not have done before or would have needed an intermediary to do. One of the most-mentioned benefits of Blockchain is that it makes trust possible.

Daniel Field, head of Blockchain at UST, a global provider of digital technology and services, said that Blockchain shows its worth when there isn’t a single person or group who makes trust possible. So, Blockchain makes it possible for people who don’t know each other to trust each other, and it also makes it possible for businesses to share data in an ecosystem where no single business is in charge. The supply chain is a good example. Many companies, from suppliers and transportation companies to producers, distributors, and retailers, want or need information from others in the chain. Still, no one is in charge of ensuring that all this information sharing happens. This problem is solved by the fact that Blockchain is decentralized.

The security of Blockchain systems is another critical benefit of this new technology. Blockchain’s higher level of protection comes from the way the technology works: With end-to-end encryption, Blockchain makes a record of transactions that can’t change. This stops fraud and other illegal activity. Also, blockchain data is stored on a network of computers, making it almost impossible to hack (unlike conventional computer systems that store data together on servers). Also, Blockchain is a better way to deal with privacy issues than traditional computer systems because it can make data anonymous and use permissions to limit access.

4. Cut down on costs

Because of how it works, Blockchain can also help organizations save money. It speeds up the way transactions are handled. It also cuts down on manual tasks like putting together and changing data, making reporting and auditing easier. Experts pointed out how much money financial institutions save when they use Blockchain. They said this is because Blockchain’s ability to speed up clearing and settlement directly reduces the cost of doing business. In a broader sense, Blockchain helps companies to save money by getting rid of vendors and other third-party providers who used to do the work that Blockchain can do.

Blockchain can handle transactions much faster than traditional methods because it cuts out intermediaries and replaces any manual steps still needed. Blockchain can complete a transaction in less than a second in some situations (e challan). But times can be different. How quickly a blockchain-based system can process transactions depends on many things, like how big each block of data is and how busy the network is. Still, experts have concluded that Blockchain is often faster than other processes and technologies. Walmart used Blockchain to find out where sliced mangoes came from in seconds, which used to take seven days. This is one of the most well-known uses of Blockchain.

6. The ability to see and track

Walmart uses Blockchain not just for speed but also to find out where mangoes and other products come from. This lets stores like Walmart better keep track of their stock, deal with problems or questions, and check the history of their goods. If a farm has to recall its products because they might be contaminated, a store that uses Blockchain can figure out which produce comes from that farm and take it off the shelves while leaving the rest of the produce for sale. Experts say that Blockchain can help track the origins of many things, like medicines to make sure they’re real and not fake, and organic items to make sure they are organic.

Once a transaction is recorded on the Blockchain, it can’t be changed or deleted. All transactions on the Blockchain are time- and date-stamped, so there is a permanent record of what happened. As a result, Blockchain can keep track of information over time, making it possible to audit reports safely and reliably. (This is different from paper filing, which is prone to mistakes, and old computer systems, which could become corrupted or be taken offline.) Omar said that Sweden’s use of Blockchain to digitize real estate transactions and keep track of property titles even as they change hands was an example of this benefit’s potential. (best nft games)

Experts say that Blockchain gives people unprecedented control over their digital data. A research director at ABI Research named Michela Menting noted, “In a world where data is a valuable commodity, the technology protects the data that belongs to you while letting you control it.” People and organizations can decide what digital data they want to share, whom, and how long. Smart contracts that use Blockchain can enforce these limits.

Tokenization is turning the value of a physical or digital asset into a digital token that is then recorded on Blockchain and shared through it. Tokenization has become popular with digital art and other virtual assets. Still, Joe Davey, director of technology at global consulting firm West Monroe, says tokenization has more uses in making business transactions easier. Under carbon cap programs, utilities, for example, could use tokenization to trade carbon emission allowances.

Leaders in many different fields are looking into and using blockchain-based systems to solve complex problems and improve long-standing, cumbersome processes. Lot gave the example of using Blockchain to check the information on job applicants’ resumes as an example of a new way of doing things. Studies have repeatedly shown that many people lie on their resumes, which means that hiring managers have to spend a lot of time manually checking the information. But pilot programs that let universities put information about their graduates and the degrees they were given on a blockchain that authorized hiring managers can then access help solve both problems: getting to the truth and getting to the truth quickly and efficiently.

Industries that could benefit from using Blockchain

Blockchain has benefits for many different industries, but some industries and businesses are better suited to it than others. Companies that are decentralized by definition, have multiple people who need access to the same data, and need a better way to make sure the data hasn’t been changed are piloting programs or putting test cases into total production. Here are a few examples of industries that can use Blockchain.

Think about the disadvantages and problems.

Experts warn that early uses of Blockchain have also shown some of the problems and problems areas of the technology.

1. To start, everyone in the process ecosystem must use the system for blockchain-based applications to work. That means that everyone needs to invest in the new technology and process changes that come with the move to the new blockchain-based application. Experts also said that many companies don’t think Blockchain can give them high enough returns yet to make up for the cost of replacing their current systems.

2. Also, many blockchain-based solutions need help from other systems and processes to make sure the data being added to the Blockchain is correct. Think about how we could use Blockchain to manage the supply chain. Companies could use these systems to make sure that their suppliers have paid any taxes that are due. But if they only rely on suppliers to confirm that, without any other confirmation, then the value of that blockchain solution is lowered.

“It assumes that everyone follows the rules, but someone could lie. So, there must be checks to make sure information is correct. “That’s the biggest problem with blockchain.” There needs to be a way for the information to be checked.”

Even though Blockchain is a decentralized technology, these business uses often require some central control. “It’s still unclear who will deal with trust and protocol violations,” Menting said.

“Not a temporary technology.”

Experts say that business leaders should be careful about where they invest in Blockchain because of these warnings.

They emphasized that Blockchain’s real value comes when used in places where a traditional database won’t work and in situations with no central control or trust.

“If there are many trusts, Blockchain can’t solve any problems. But the more you have a lack of visibility or a chance of corruption, the more use cases you have. When this happens, Blockchain can help, “Omar said.

He also said that blockchain-based apps work better when combined with AI, machine learning, or some other layer that helps make decisions.

But experts still think that Blockchain will shake things up and change the way businesses work, even if this won’t happen soon.

“It’s important to realize that blockchain has gotten a lot of hype, and while it’s revolutionary in theory, it won’t change society today,” Menting said. “Maybe in 10 to 20 years, but it’s not a technology for the short term.”