How to set up a book publishing house, step by step, and not die trying 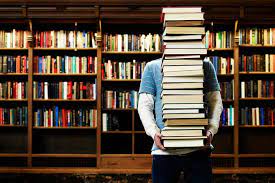 How to set up a book publishing house, step by step, and not die trying

In the first half of 2012, 284 new publishers have been registered, 14% less than in 2011. The number of printed books has also decreased, with a drop of 24.4% in 2011, reaching a similar figure to that of a decade ago. And the average circulation fell by 22% compared to the previous year, according to data from the National Institute of Statistics. Now the average circulation of a work of fiction is almost as small as it was a few years ago for a scientific work or a book of poems.

Setting up a publishing house is difficult, but in times of crisis, is it crazy? Depends. In this recessionary panorama, children’s books are saved, which grew by 10% last year, and the publication of electronic books, whose figure stabilizes and now accounts for 22% of the total. It is no coincidence that the creation of new publishers is spurred by the rise of electronic books: while in 2010 there were 349 digital publishers, in 2011 they rose to 583.

Paper publishing faces risks such as overproduction, bookstore returns, the high cost of paper and storage. But not the e-book. The costs associated with publishing and distribution are reduced. And international distribution opportunities are multiplying. Of course, it has its counterparts.

To begin with, in Spain the VAT on printed and digital books is different: 4 and 21% -after the last VAT increase that will come into force on September 1-, as it is reduced and general VAT, respectively. There are also differences in the ISBN registry: in the case of the digital book the price is 45 euros per work; and you have to pay to register each format, even if it is the same work, which means between 30 and 50% more than the registration in the case of the book on paper, whose price ranges from 140 for the application of 10 codes and the 595 that counts the request of 100. To that amount must be added 50 euros if you want to process urgently.

In addition, the Book Law, which establishes that publishers set a single price for distribution channels, helps to keep prices balanced. Basically, the law establishes that in Spain it is not allowed to sell an electronic book below a 5% discount with respect to the official sale price in its printed version. In any case, why choose? The decision to launch a publishing house in these times benefits from the possibility of combining the two distribution systems, taking advantage of the strengths of each one, because they are not exclusive. The internationalization of catalogs through online stores represents a new source of income that publishers should not miss out on.

The great bookstore of the world

The distribution of a title at an international level will necessarily depend on how the digital rights of the work have been managed in each territory and on the commercial agreements with the online sales platforms. Spanish publishers can establish alliances with South American digital platforms more easily due to the proximity of cultures, language and the significant volume of catalogs available in Spanish.

Paidos in Argentina, Gandhi and Biblits in Mexico, Sophos in Guatemala, Librería de la U in Colombia, or Saraiva, LivrariaCultura and Gato Sabido in Brazil, are reference portals for publishers interested in placing their electronic content in those countries. Among the integrated European management and marketing platforms, Libranda in Spain, Libreka in Germany and Edigita in Italy stand out.

Europe is the main destination for publishing exports for Spain, with France, Italy, the United Kingdom and Portugal leading the way. In second place, Latin America: Colombia, Mexico, Brazil, Venezuela and Argentina, according to ICEX data.

The applicable law in each territory and the restrictions of the Fixed Price Law must be taken into account. In any case, in the export of the electronic book, the regulation of the fixed price in force in Spain is excluded.