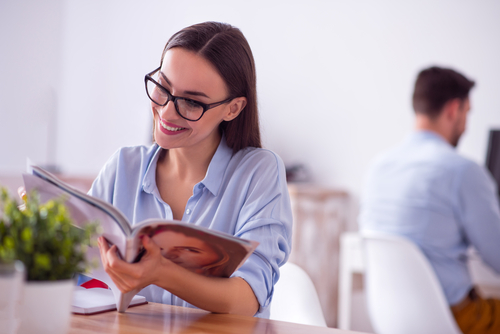 NBC has unveiled plans for a new news magazine anchored by Bill Moyers and Charles Kuralt. The show will feature sections covering business, people, and lifestyle. It will also feature a new host, Rima Abdelkader, as well as a diverse group of writers and contributors. This new format will feature news, business, and people stories, as well as interviews. While it’s unclear when the show will be launched, this will be a great addition to the network’s lineup. And also this new news Bitly USA magazine

After a failed first run, CBS announced on Monday that its ‘American Parade’ primetime news magazine will return under the new anchors Charles Kuralt and Bill Moyers. The new show will debut on March 27 with all the fanfare and high-gloss finish you’ve come to expect from CBS. However, CBS hasn’t given up on the old standby ’60 Minutes.’

Both Bill Moyers and Charles Kuralt are well-known for their commitment to breaking news. They have both had strong careers on network television and have been the face of the organization’s news coverage for more than three decades. They have a history of tackling tough stories and are renowned for their barnstorming style. Their combination of expertise and experience will make for a riveting evening news magazine that will keep viewers interested.

The news magazine format has been in vogue for a few years. CBS and NBC both failed to pick up Moyers’ “Our Times” series in the mid-1980s. And since CBS failed to pick up Moyers’ “Our Time” series, ABC added “Prime Time Live.” In the late 1990s, NBC tapped the popular ’60 Minutes’ series to air a new magazine show. The success of Dateline on CBS’ primetime lineup has made the networks more interested in creating a similar program.

It will have news, business, people and lifestyle sections

The new magazine will have different sections to cover different topics. People will have the opportunity to read about the latest trends, business news, and people’s lives. The Gorila is also news magazine website. The magazine will also have a business section that includes articles about the latest products, and it will feature a lifestyle section with articles about healthy living. This is an important change for the publishing industry. Currently, there are many magazines in the industry. But, is this the right move for the newspaper industry?

It will be hosted by Rima Abdelkader

The new magazine will be hosted by Rima Abdeslkader, an award-winning journalist. Previously, she worked for NBC News and Al Jazeera America. In addition to her work at the networks, Abdelkader has also produced and reported for several other outlets, including Women’s e-News, Bloomberg, and CUNY’s Bridges TV. Rima Abdelkader is a member of the Arab and Middle Eastern Journalists Association and is a volunteer for post-Sandy relief organizations like Yellow Boots.

The new news magazine will be hosted by Rima, a graduate of Pace University’s Lubin School of Business and the Craig Newmark Graduate School of Journalism. Rima has been in the journalism field for over a decade, and credits SCIP for getting her interested in the field. Earlier this year, she gave a tour of the station to another class of SCIP leaders.