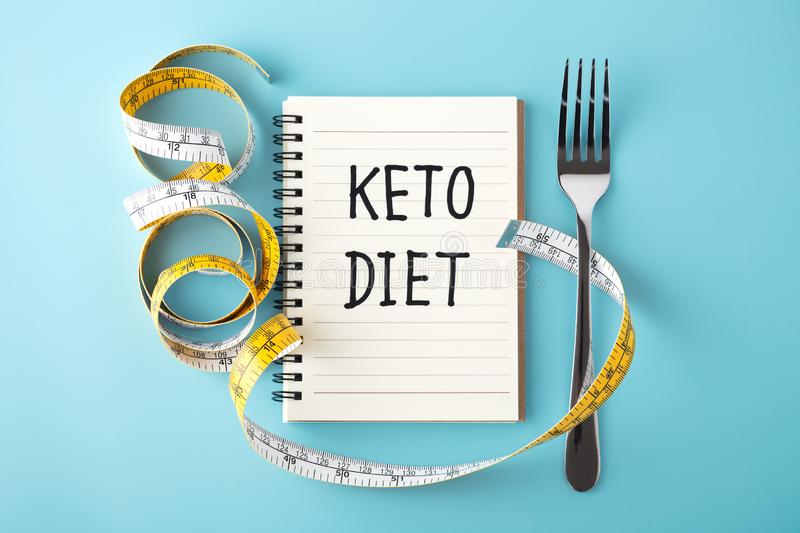 Eat fat to lose weight . This is what the keto diet offers, disrupting our traditional eating habits. It is praised by some and decried by others. As you will have understood, the keto diet or ketogenic diet is a controversial diet that is much talked about.

While many scientists agree that it is effective in the treatment of many diseases, others advise against it because of its overly restrictive aspect and the risks it entails. Let’s discover together its origin but above all its benefits and the risks that a ketogenic diet can cause. Macronutrients, state of ketosis, weight loss or even type 2 diabetes treatment, you will know everything you need to know before starting a keto diet.

The ketogenic diet originated in the 1920s. At the time, doctors were actively looking for a solution to relieve children with severe seizure disorders . After having mixed results on a treatment based on fasting, they decide to carry out several studies to analyze the consequences of a ketogenic diet. Thus, from year to year, scientists carry out many conclusive studies. In 1998 in particular, a study was conducted among 51 children with an average of 230 monthly attacks. This revealed very positive and encouraging results. Almost half of the children could control more than 90% of their seizures and almost 40% had control over 50 to 90% of their seizures.During the same year, a study was carried out on children aged between 1 and 16 who were subject to more than 400 seizures per month. After a year on the keto diet, 7% of them had no seizures and almost 30% of the subjects were able to reduce their frequency by almost 90%.

This diet is still used today to help reduce the frequency and control epileptic seizures in children. But its reputation has been created for a few years and it is used for many other reasons that we will describe below.

The keto diet is a so-called strict and even restrictive diet. The latter offers a totally different nutritional model compared to the usual recommendations that we know. It consists of drastically reducing the proportion of carbohydrates ingested daily . To enter a state of ketosis, it is necessary to respect a specific ratio of macronutrients. This is made up of 70-80% fat, 20-25% protein and 5-10% carbohydrates. For comparison, a more classic diet is composed of 55% carbohydrates, 30% lipids and 15% proteins.

This very significant reduction in carbohydrates is intended to allow the body to enter a state of ketosis . Being in ketosis is a metabolic state that requires a special diet. During this time, the body will no longer draw its energy from sugar as it used to. On the other hand, it will draw it from fats, thanks to ketone bodies.

To sum up, the state of ketosis consists of forcing your body to draw on fat stores to find its energy, by depriving it of its usual source, carbohydrates.

In other words, the foods to favor are oily fish, nuts and low carbohydrate vegetables such as a large majority of green vegetables, tomatoes or peppers. On the other hand, it is necessary to eliminate wheat-based cereals, white pasta, white rice, a large part of the fruits, and sugary drinks.

Advantages of the keto diet: Why adopt it?

At the heart of much scientific research, the ketogenic diet is attributed today with many advantages and benefits. Some even confirm the interest of this diet for the prevention and treatment of many diseases.

However, scientific research on the subject is incessant. Even if there are many who prove a certain interest in this diet, it must be kept in mind that many studies are still in progress and that the results are therefore not yet 100% reliable. We have therefore concocted a small summary of this research, so that you can know a little more about these benefits!

The weight loss thanks to the keto diet is explained by several factors:

Benefit #2: The keto diet as a treatment for diseases

Many studies are conducted to analyze the positive effects of the ketogenic diet on a multitude of diseases. Some, still in progress, are therefore to be taken with hindsight. Here are the different conditions for which the ketogenic diet has been studied or is still being studied as a treatment:

The keto diet against Type 2 diabetes or prediabetes

The ketogenic diet is not suitable in the context of type 1 diabetes because the type 1 diabetic must continue to eat carbohydrates. Indeed, as he injects himself with continuous doses of insulin, a low consumption of carbohydrates would cause the risk of falling into acute ketoacidosis.

Nevertheless, the ketogenic diet would be beneficial for type 2 diabetics thanks to its effect on blood sugar and weight.

Several studies have shown results that the ketogenic diet can reduce insulin levels. Indeed, a study conducted on people with type 2 diabetes for four months even proved a significant reduction of 16% in blood sugar. It also states that a third of the participants were able to completely stop all their diabetes medications! Another study found that after two weeks on the keto diet, insulin sensitivity improved by 75%.

The keto diet for epilepsy

We already explained this in the origin of the ketogenic diet. It is an officially effective treatment recommended by doctors for seizures in children with epilepsy. Currently, this diet is still used and advised to try to reduce seizures.

The keto diet against cancer

Originally, specialists were interested in this diet after several observations. Among other things, it was in 1922 that the scientist Braunstein noted that glucose disappeared from the urine of diabetic patients after being diagnosed with cancer. This suggests that glucose was recruited to the cancerous areas and consumed there at higher than normal rates. Several studies then led him to think that depriving cancer cells of glucose could harm them and therefore promote healing.

The keto diet is therefore currently being studied as a treatment for several cancers. Several studies have already been conducted and suggest that a ketogenic diet can help slow tumor growth, even stop growth and even suppress the tumor in the best cases. Scientists are also studying the effect of diet on the sensitivity of tumors to chemotherapy.

Numerous studies, always conclusive, have been able to report a significant effect on brain tumors, cancers of the prostate, colon, pancreas and lung.

However, every cancer is different and each has several genetic subtypes. The effectiveness of the ketogenic diet depends not only on the individual but also on the tumor entity and its genotype. It is therefore still unfortunately impossible, at present, to promise that the adoption of a ketogenic diet will be beneficial for the treatment of cancer. However, many studies are ongoing. So far, however, the keto diet is showing promise for fighting multiple cancers.

The keto diet for Alzheimer’s disease

Many studies are underway and the few results we already have should therefore be taken with a grain of salt. However, according to several studies already carried out, it seems that the ketogenic diet can reduce the symptoms of Alzheimer’s disease and slow its progression.

Indeed, according to several studies , the presence of ketone bodies has a neuroprotective impact on the aging of brain cells. Adoption of the diet is also linked to improved cognitive performance in older people with the disease. Improved cognitive outcomes, however, depend on the level and duration of ketosis.

However, it should also be noted that the application of the ketogenic diet to the elderly raises some concerns. Indeed, these profiles run a risk of malnutrition and are generally very sensitive to such a drastic change in diet.

The keto diet for the prevention of Parkinson’s disease

Neurodegenerative diseases in the same way as Alzheimer’s disease, several studies are currently still in progress to determine the real effects of this diet on individuals affected by this disease.

Currently, studies show that the diet would help improve the symptoms of Parkinson’s disease. Indeed, daily motor and non-motor and motor life would have improved.

In the same way as to fight against Alzheimer’s disease, it must be taken into account that the adoption of a ketogenic diet in the elderly is subject to taking additional precautions. 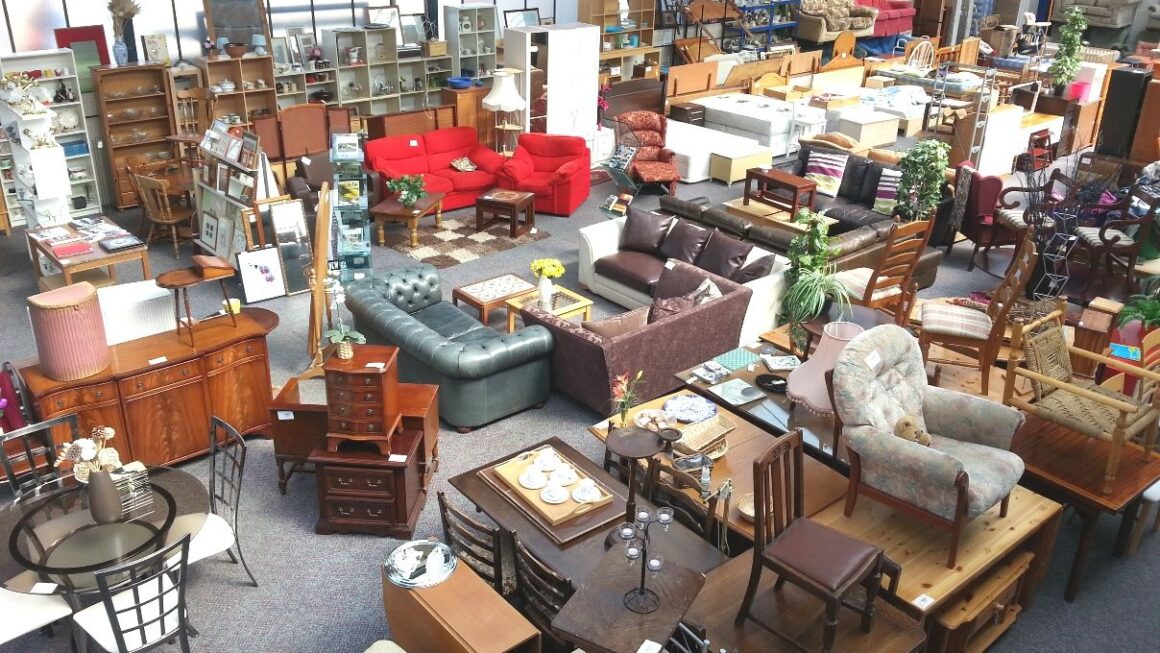